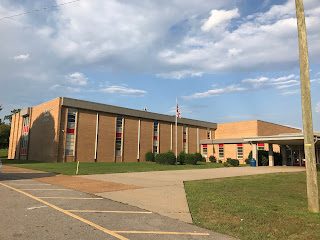 Apollo RAPS has begun!  This group holds much promise for engaging with books and having fun this semester.  After school ended, students came in, created name tags and took toilet paper.  With six students we did not need to split into multiple groups, but rather gathered around one table.  For each piece of toilet paper, each person had to tell one thing about himself or herself, ripping off a piece of toilet paper for each tidbit and placing it in the center of the table.  By the end of the activity, our group had a very large pile of toilet paper pieces, and got to know each other better.

After that we took a short snack break, only to reconvene again at one table, for a story telling activity.  Each student was given a part of a comic story.  For each piece, they had to describe the image so that the group as a whole could decide the overall story.  The fun part of this was how they debated which image should come third, fourth, and fifth in the story as they were more similar than the other three.  In the end, they created a great story and worked well as a team.

Our book today was Jacqueline Woodson’s book Show Way.  We were able to finish the whole story and also discuss their favorite parts and pages of the book.  They really liked that the Show Way was used through many different generations and told a history.  One picture in the story also showed how the words of the story were quilted together, just like the Show Way quilt.

Our final activity of this RAPS session was to begin their own Show Ways, their own patchwork quilts that explained each student’s history and story.  We did not finish these and will continue them next week. 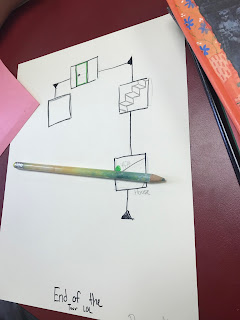 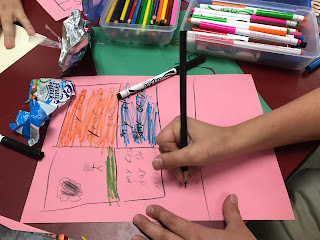 Next week we hope to choose separate books that each student can read on his or her own during RAPS.  We are really excited to keep reading!
at 8:17 AM