Today at Apollo we chose quotes from the three different books, and then wrote them on colored paper and posted them in Wyatt. Students chose quotations that inspired them, spoke to them, or stuck out. After we chose quotations, we started on our character charts-also hanging in Wyatt! Each character chart has a picture of the main character, character attributes, and phrases that relate to the characters. Students really enjoyed this activity, as it promoted creativity and community engagement. 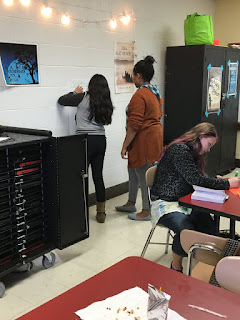 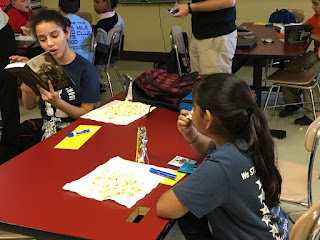